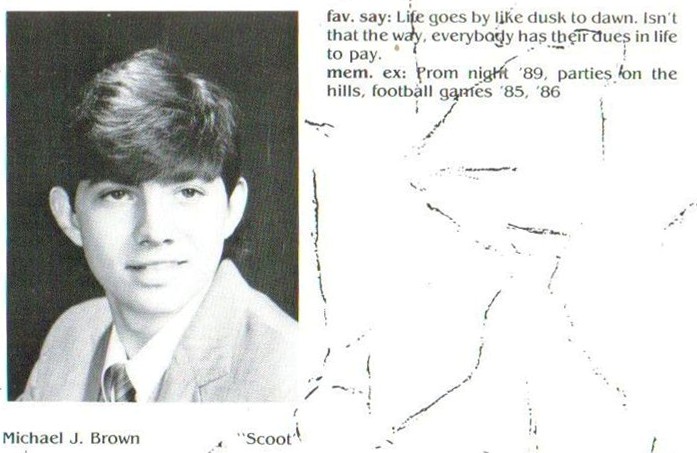 38, of 4056 state Route 19, died Thursday (Jan. 29, 2009) at Strong Memorial Hospital in Rochester following a brief illness, with his wife and family at his side. He was born Jan. 20, 1971, in Olean, the son of Wayne and Donna (Doner) Woodruff. On Dec. 24, 1998, in Wellsville, he married Stacie D. Geyer, who survives. Dave was raised in Hinsdale and Wellsville and was a 1990 graduate of Wellsville High School. He was a veteran of the U.S. Air Force and served in support of Operation Desert Shield/Storm. He earned an Outstanding Unit Award and the National Defense Service Medal. He was formerly employed at Bradley Supply in Hornell and was currently a machinist at Alstom Power Air Preheater Company in Wellsville. He was a member of the Elks Lodge No. 1495 and a former member of the Moose Lodge No. 601 and was an assistant coach for the Alstom T-ball team. He had an intense love for and knowledge of music and had recently formed and was the lead singer for the band “Dirty Red.” He would also occasionally sing for the band “Roundhouse Kick.” He was a devoted Buffalo Bills and Buffalo Sabres fan and was a loving and dedicated husband, father and friend. His smile, contagious sense of humor and quick wit would light up any room. Surviving in addition to his wife; Stacie, are a stepson, Tyler Green, at home; two sons, Tristen and Trace Woodruff, both at home; his mother, Donna Woodruff of Advance, N.C.; three siblings, Mark (Dawn) Woodruff of Cuba, Cindy (Paul) Wyant and Craig (Robin) Woodruff, both of Advance, N.C.; as well as several aunts, uncles, nieces, nephews and cousins. He was predeceased by his father, Wayne Woodruff. Friends are invited to call from 2-4 and 7-9 p.m. Monday at the J. W. Embser Sons Funeral Home, Inc. 34 W. State St., Wellsville. The funeral will take place at 11 a.m. Tuesday in the Scio Church of Christ with Minister in Charge Glen Layfield presiding. Burial, with military honors, will follow in Fairlawn Cemetery in Scio. For the future education of his children, memorials are suggested to the Woodruff Family Memorial Fund, c/o of any branch of Community Bank, N.A.