His tombstone shows that he was a Pennsylvania State Representative from 1966-1978. He served as a Lieutenant in the United States Navy during World War II.

Margaret Y. Dennison, 97, passed away Wednesday, Sept. 22, 2011 at the Marshwood Nursing Home in Lewiston, after several years of declining health.  Margaret was born Jan. 3, 1914 in Wellsville, N.Y., a daughter of the late William Fletcher Yewdall and Edna Permelia Opp Yewdall.  She was a graduate of the Wellsville High School, Class of 1931, and continued her education at the University of Rochester, School of Nursing, Class of 1935.  After college, she was employed at the Strong Memorial Hospital in Rochester, N.Y. until she married Frederick Dennison, who she met in college. They then moved to Thomaston where he set up his family practice and they raised their daughter.  Margaret resided in Thomaston from 1939 to 1941 and from 1946 through 2005 until she moved into an independent living facility in Auburn.  She enjoyed braiding and hooking rugs, sewing, and playing bridge. She loved to travel and enjoyed trips to the Southwest and Mexico. She was a member of the Knox County Women’s Medical Auxiliary.  Margaret was predeceased by her parents; husband, Dr. Frederick Dennison; sister, Mrs. Marlene Miller. Survivors include her daughter, Susan Harmon and her husband, Arnold, of Otisfield; granddaughter, Jennifer Wilson and her husband, Doug, of Gray, grandsons, Frederick Harmon, of New Gloucester, Steven Harmon and his wife Lindsay, of Hubbardston, Mass.; great-grandchildren, Morgan Wilson of Gray, Trinity Harmon of New Gloucester, Colin, Adelaide and Sawyer Harmon, all of Hubbardston, Mass. At her request, there will be no public services.

Genevieve Cusick Dunigan, passed away Thursday, February 8, 2007. She was 94 years old. Born in Wellsville, NY on November 14, 1912 to James Cusick and Nelly McGinns Cusick, Genevieve graduated Wellsville High School in 1931 and attended Robinson Music School. She married Gerald Joseph Dunigan in 1936 and moved to Hornell, NY in 1946.  In 1952 she moved her family to San Jose, Ca where she lived for the majority of her life. Along with her husband, Mrs. Dunigan owned and managed several local grocery stores, including the Spartan Market in San Jose. Mrs. Dunigan loved socializing and gardening. She was a member of the San Jose Women’s Club, the Santa Clara Woman’s Club and the Hibernian Ladies Auxiliary. She was an excellent pianist and her love of music followed her through out her life.  In 2003 Mrs. Dunigan moved to Dale Commons in Modesto, Ca to be closer to her family. She is survived by: her sons Jack and Jim, their wives Andrea and Dianne, her grandchildren Jacqueline, Michael, Matt and Ryan, and, her great granddaughters Carissa and Gabriella.  Services will be held February 14, 2007 at the Lima Family Santa Clara Mortuary, 466 N. Winchester Blvd., Santa Clara, CA. 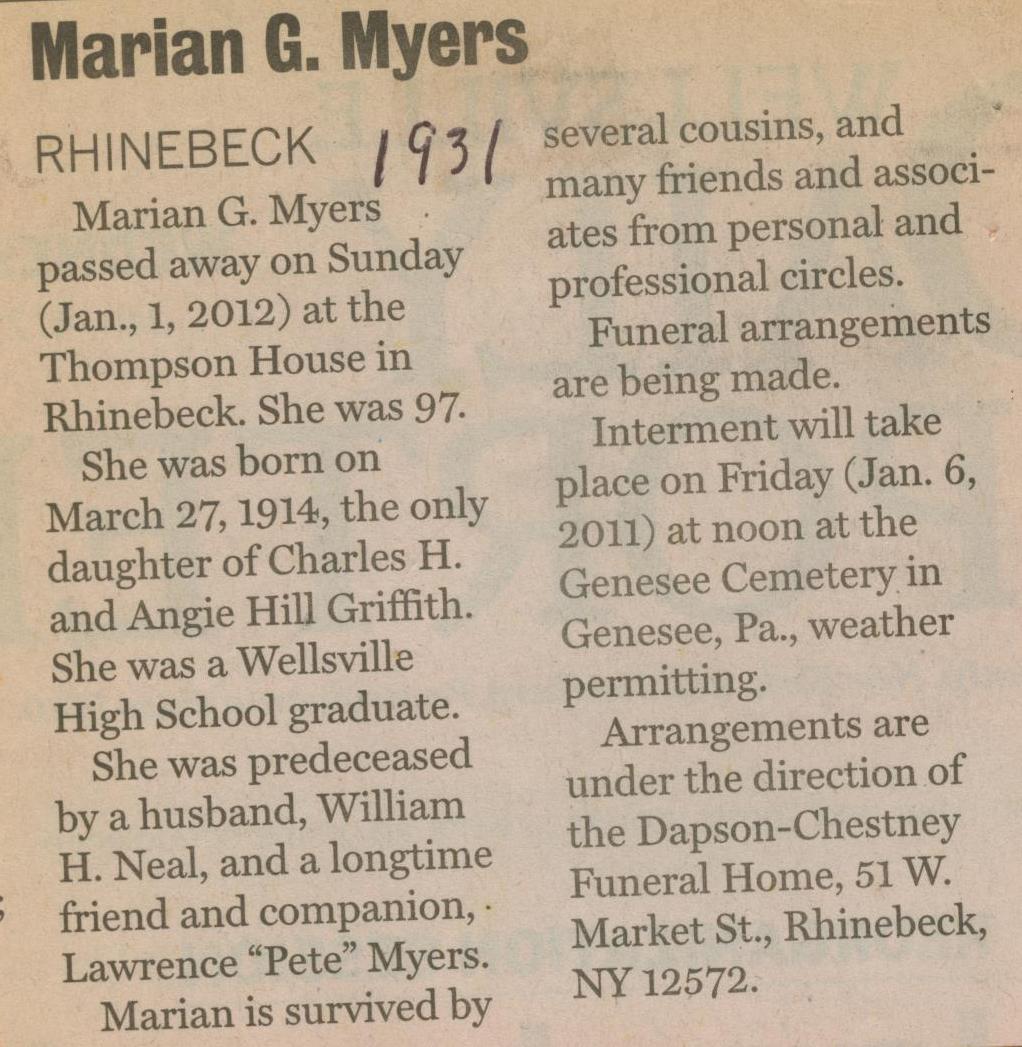 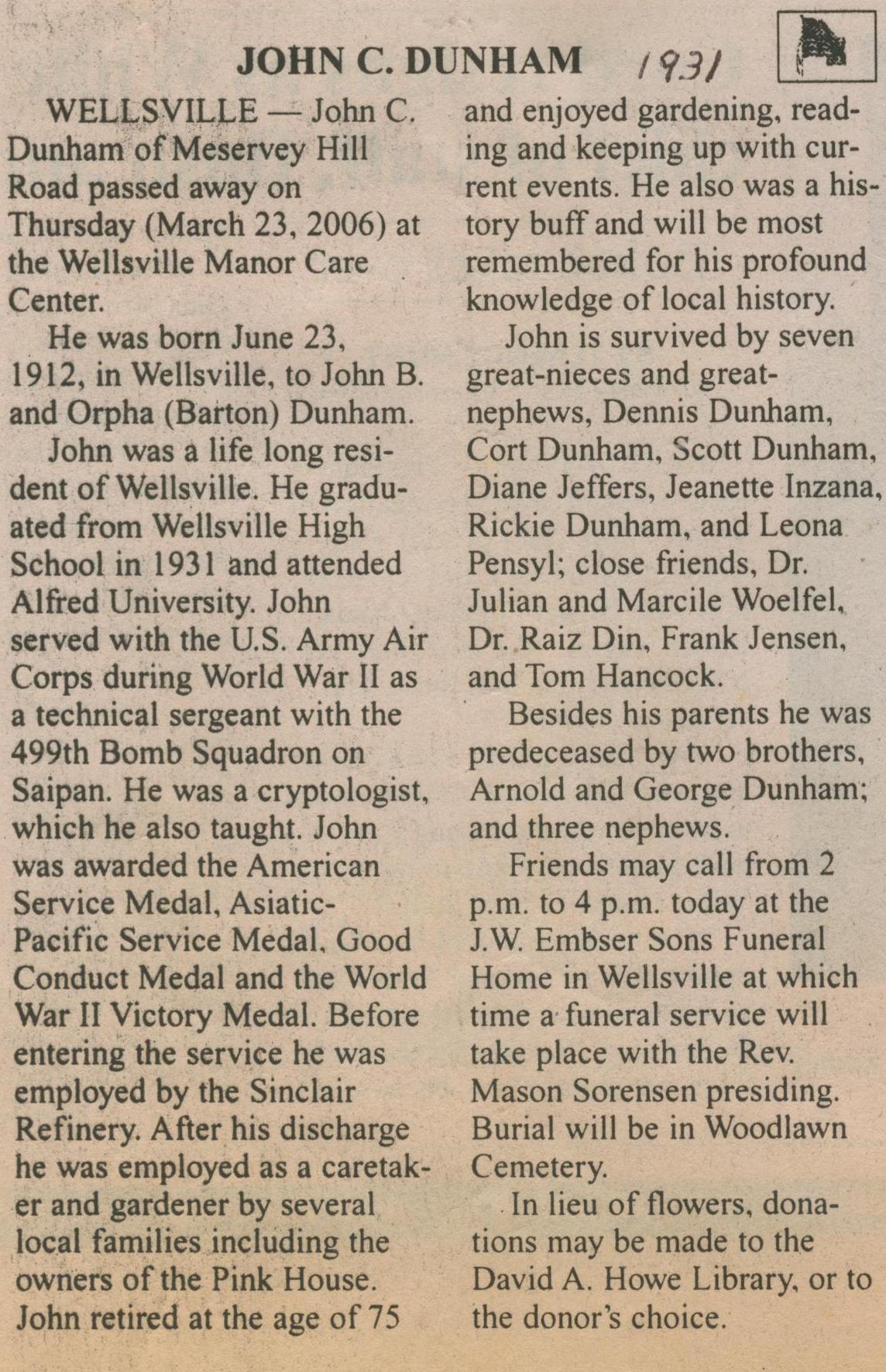 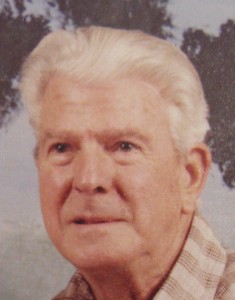 Esther Virginia Major Batchelder died Sunday, Nov. 25, 2012, at Doylestown Hospital. On Feb. 17, 2013, she would have been 100 years old. She was blessed to live an independent life up to the end.   Esther was born in a blizzard in Scio, N.Y. and spent most of her life in Williamsburg, moving there in 1942 before coming to Doylestown in 2005. She was a teacher at James Blair and Berkeley schools for 16 years in Williamsburg. She had a bachelor’s degree from Cornell University and a master’s of education from William & Mary. As a young woman, she ran a preschool and was both a Girl Scout and Boy Scout leader. Esther directed the William & Mary Baptist Student Union, taught Sunday School for 47 years at Williamsburg Baptist Church, and was a costumed guide for Colonial Williamsburg. Her other volunteer activities included the American Red Cross, the Williamsburg Community Hospital Auxiliary, the Virginia Retired Teachers Association (president 1968-73), and the Advisory Council and Executive Board of the Peninsula Agency on Aging. She was a volunteer at the FISH thrift shop, a member of the 4H executive board, and a member of AAUW.   Esther was more than a list of accomplishments. She was fun, intelligent, honest, caring, and loved life and people and the opportunities around her. She never complained, took care of business and was always curious. Esther was there to help, cheer, and support family and friends.  Esther is the widow of William Paul Batchelder and is survived by her two children, Paula Batchelder Young of Doylestown and William Thomas Batchelder of Oakland, Calif. The spouses of her children, her eight grandchildren and their partners, plus her nine great-grandchildren will miss her deeply. She left these words for her friends and family: “Thanks to all. I have had a wonderful visit on this earth. Each of you has given me delight and I thank each of you for being supportive and loving friends. I have loved you all and am sorry I must leave… but leave I must. My best to each of you, Esther.”  A memorial service will beheld at 2 p.m. on Friday, Dec.28, at Doylestown United Methodist Church. Refreshments will be served following the service. In lieu of flowers, please send donations to Williamsburg Baptist Church, 227 Richmond Rd., Williamsburg VA 23185.