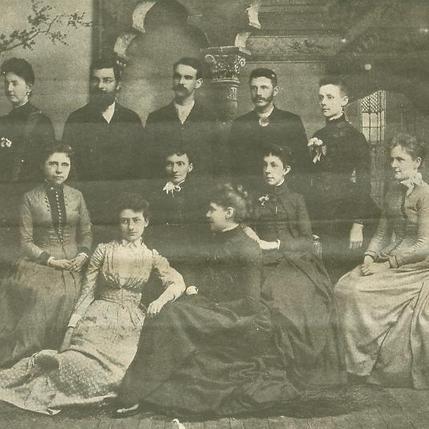 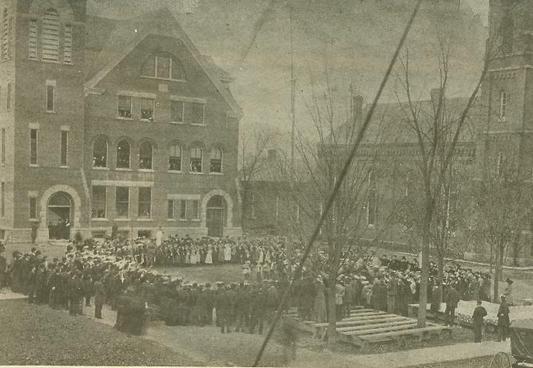 In 1892, the fifth Wellsville school building was still brand new The photograph above shows the new school’s Columbus Day assembly. The building at right is the First Babtist Church, which was taken down to make room for the David A. Howe Library in 1935.

WHS at the turn of the century was still a small, rural high school, as the above group photo, of the WHS student body in 1899 demonstrates. 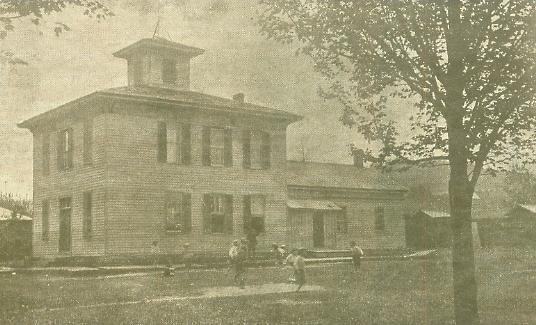 THE BROOKLYN SCHOOL was at one time an entirely separate school district. Above is pictured the earlier Brooklyn school, which became overcrowded and was replaced by the frame building below in 1897. This district merged with Wellsville Union Free District in 1901. The school building was in use until 1927, when classes moved into the new High School, and stood for several years thereafter. It was located on the southwest corner of Pine Street and Brooklyn Avenue where an apartment complex now stands. 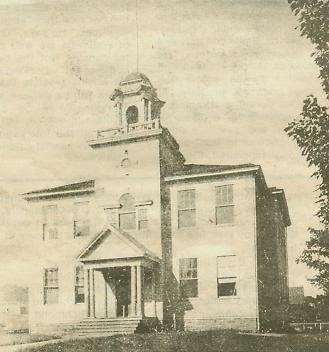