James J. Corcoran IV, 57, of 135 North Franklin Street died unexpectedly at home on Tuesday, May 5, 2020.  Jim was born on November 17, 1962 in Wellsville the son of the late Edward J. and Roberta (Bartlett) Corcoran.  Jim was a 1980 graduate of the Wellsville High School. His dogs, music, and friends fed his passions. He was never happier than when fishing from the banks of the Genesee, dogs at his side, or working through a new piece on his guitars, dogs at his feet.  Surviving are two sisters: Roberta (Joseph) Corcoran-Andrasik of Fredonia and Kathleen (KC) Corcoran of Everett, WA.; four nephews Jason, Steven, Levi, Alex; and a niece Lorie (Missy); and his beloved pets, Riggs and Claire. In addition to his parents, he was predeceased by a brother, Edward, and a sister, Teresa.  At his request there will be no services. Please consider memorial donations to the SPCA Serving Allegany County.

Barbara Eileen Dillie Raybon, age 54, of McDowell Avenue passed away on Monday, October 9, 2017, at Jones Memorial Hospital. She was born on September 11, 1963 in Wellsville to Donald and Sandra Lunn Dillie Sr. She had been married to Raymond Raybon of Florida who survives.  Barb graduated from Wellsville High School and had attended college in Florida. She lived and worked in Florida for many years returning to Wellsville in 2009. Barb had been a manager of several convenience stores and restaurants while in Florida. After returning to Wellsville she worked at Tops in the Deli Department and later for Sunoco.  Barb is survived by her son Sean Raybon of Florida; 3 grandchildren, Rosalea, Grayson, and Rocky; 2 sisters, Kerry (David) Mette of Waterloo, and Lorri (Claude) Nieman of New Milford, CT.; 2 brothers, Donald “Buzz” Dillie of Wellsville and Michael “Barney” Dillie of Wellsville; 2 Aunts, Roxanne (Ronald) Flurschutz of Rochester, and Kaaren Monroe of Wellsville; several nieces, and nephews.  Barb was predeceased by her parents and a brother, Dean Dillie. Friends are invited to attend a Celebration of Life on Saturday, October 14, 2017, from 2 pm to 4 pm at the J.W. Embser Sons Funeral Home of Wellsville. Burial will take place in Woodlawn Cemetery and memorials in Barb’s name may be made to the Wellsville Volunteer Ambulance Corps or to the charity of the donor’s choice. 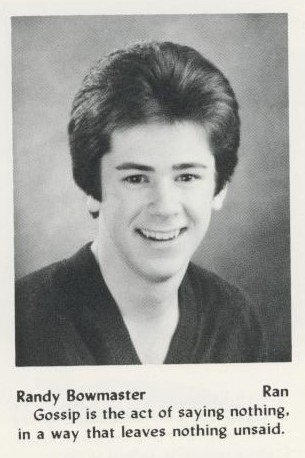 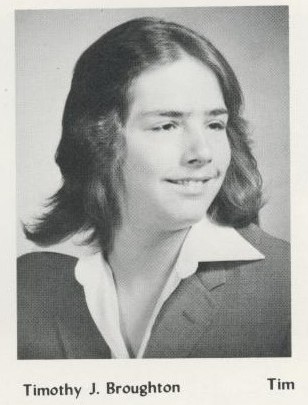 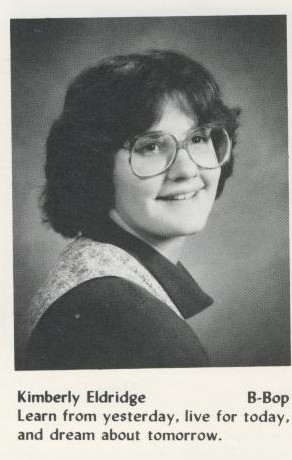 of 6430 Baker Valley Rd., went to be with the Lord surrounded by her family in Belmont on Wednesday (Feb. 22, 2012). She was born on Aug. 2, 1963, the daughter of Daniel and Patricia (Piper) Gleason. On Dec. 5, 1981, in Wellsville she married Steven Frungillo Sr. who survives. Melinda graduated from Wellsville High School in 1981. While raising a family she went to college at Alfred State to earn an associate’s degree as a veterinary technician. She taught at Alfred State College for one year in the same curriculum. She was employed by Alfred-Almond School as a full-time substitute teacher for over 10 years until her illness was diagnosed in July 2011. Melinda was the person that everyone went to for support and plain facts. Her biggest interest in life was her family and friends, and was the center of her husband’s life and love. She took great pride in watching her daughter and son grow and become who they are today. Her grandsons Collin and Ben were the light of her life. Melinda was a woman with abundant talents and energy who was very active in wildlife rescue and was certified for wildlife rehabilitation. She took a great interest in reading, baking, making quilts and being the support for family and friends. Surviving besides her husband is a daughter, Amanda (Brian) Preston of Belfast; a son, Steven J. Frungillo II of Belmont; two grandchildren, Collin and Ben Preston of Belfast; her parents, Daniel and Patricia Gleason of Crossville, Tenn.; one brother, Lance Gleason of Atlanta, Ga.; and mother-in-law, Dorothy Frungillo of Belmont. Aunt Mindy was the special woman that made every niece and nephew feel more than loved. The many in-laws thought of Melinda as another sibling in their family and a great friend to many who will always remember her. She will join her grandparents, Bucky and Mary Gleason; father-in-law, Donald Frungillo Sr.; and her maternal grandparents. Friends are invited to call from 2-4 and 7-9 p.m. on Saturday and Sunday at the J. W. Embser Sons Funeral Home in Belmont. The funeral will be at 11 a.m. on Monday at First Congregational Church, 289 N. Main St. in Wellsville. Burial will be at St. Mary’s Cemetery in Belmont. Memorial donations may be made to Allegany County Cancer Services or any charity of the donor’s choice. To leave online condolences please visit www.embserfuneralhome.com. 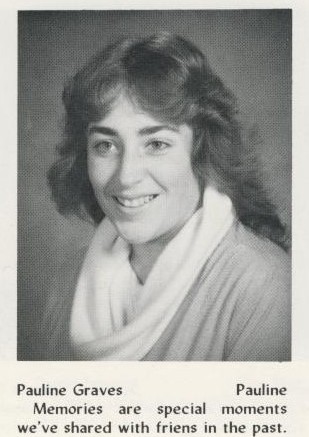 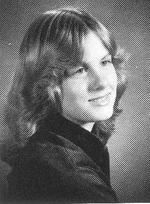 43, of Mechanicsville , Va. , passed away on Friday, November 24, 2006 with her family by her side. She is survived by her loving husband of 22 years, Ricky S. Schultz; one daughter, Alyssa Joy; her mother, V. Shirley Shea (Daniel); father, Irvin G. Hall (Ann); one sister, Nancy A. Schultz (Randy); one special aunt, Dalaine Peet (Jim); and many loving aunts, uncles, cousins, niece and nephews. Wendy was a 1981 graduate of Wellsville Central High School, attended Alfred State Tech College and went on to achieve many awards in retailing, and at the time of her passing, she was General Manager of the Macy’s at Short Pump Town Center. Family and friends will honor her memory at a 6:30 p.m. memorial service at St. John the Evangelist Catholic Church, 813 W. Nine Mile Road , Highland Springs , Va. on Friday, December 1, 2006 . Memorial gifts may be made in Wendy’s name to her favorite charities: the St. Jude Children’s Hospital and the Sarcoma Alliance, 775 E. Blithedale No. 334, Mill Valley , Calif. 94941 . Wendy will be missed by all who knew and loved her. She entered the world of spirits with a sharp mind, generous heart and an incredible sense of humor. Wendy Schultz loved working in retailing. The Wellsville native got her start in the industry almost by accident. She and her husband had taken a trip to Newport News in 1983 to visit friends. They loved the area and decided to stay if they could find jobs. She landed a part-time position at the former Rices Nachmans department store. “She was just a natural,” said her husband, Ricky S. Schultz. “She just really had a knack for retailing.” Schultz worked at other chains, eventually becoming general manager of the Hecht’s store (now Macy’s) at Short Pump Town Center when the mall opened in 2003. “That was a huge honor for someone to go manage a premier state-of-the-art store,” said Regina Derricott, general manager of the Macy’s store at Chesterfield Towne Center. “It speaks to her tenacity to do whatever needed to be done.”  Schultz died Friday of cancer. She was 43. She had a positive attitude, said Derricott, who hired Schultz in 1993 to help open the Hecht’s store at Virginia Center Commons. “She was a great motivator,” Derricott said. “She had a winning spirit. It was never about how it can’t be done, but always how it can be done.” Craig White, Short Pump’s mall manager, said that drive became important when the Hecht’s store opened. She always had a positive attitude during those frenzied times — and had fun at the same time, he said. A few years after starting her retail career, Schultz took a job with Hess’s Department Stores Inc. and worked in variety of positions. She eventually became manager at the chain’s Chesterfield Towne Center store. She held several jobs with Hecht’s, including the general manager post at the chain’s Coliseum Mall store in Hampton. Schultz graduated from Wellsville Central High School in Wellsville, in 1981. She attended Alfred State after high school. She is survived by her husband; their 4-year-old daughter, Alyssa Joy; her mother, Shirley (Dan) Shea, father Irvin (Ann) Hall; a sister, Nancy (Randy) A. Schultz, three step-sisters, Becky, Kristy and Jamie Hall and other relatives. A memorial service will be held Friday at 6:30 p.m. at St. John the Evangelist Catholic Church, 813 W. Nine Mile Road. A memorial service is scheduled at Immaculate Conception Church in Wellsville on Saturday, Dec. 16 at 11 a.m. 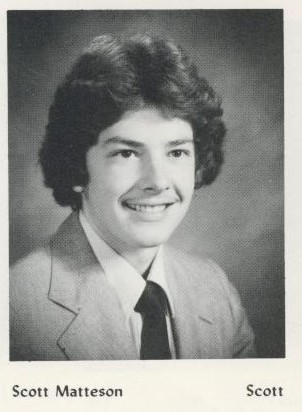 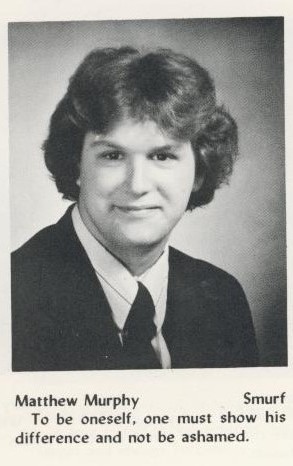 43, a resident of Arnold for 13 years, died April 4 at Anne Arundel Medical Center after a sudden illness. Mrs. Thomas was born Dec. 20, 1962, in Rochester, N.Y., and reared in Wellsville, N.Y. She graduated from Bowie State College and was a string teacher and orchestra director at Thomas Pullen School for the Creative Arts in Prince George’s County.She loved music, reading, gardening and spending time with her family. Surviving are her husband, Brian C. Thomas, whom she married Sept. 28, 1985; two daughters, Cassidy Thomas of Bethlehem, Pa., and Jamie Thomas of Arnold; her parents, Donald and Norma Newland of Wellsville; one brother, Guy Newland of Dayton, Ohio; and three sisters, Carrie Whitwood and Jan Newland of Wellsville and Andrea Hall of Olean, N.Y. Visitation is from 2 to 4 and 6 to 8 p.m. Sunday at Barranco and Sons Severna Park Funeral Home, 495 Ritchie Highway, where services will be at 11 a.m. Monday. Burial is private. Memorial contributions, in lieu of flowers, may be made to Thomas Pullen Arts Boosters, 700 Brightseat Road, Landover, MD 20785. As published in The Capital newspaper on 4/7/2006 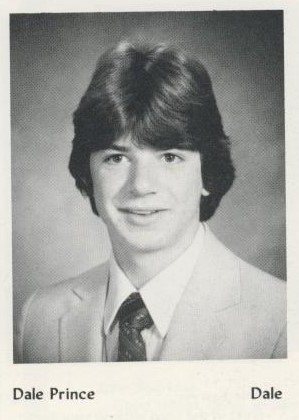 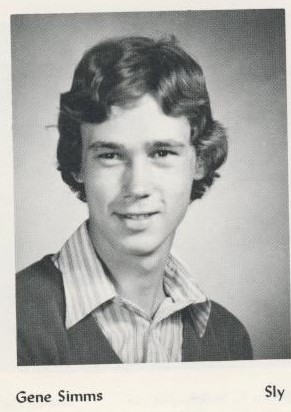