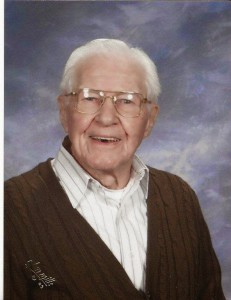 John E. Nydegger, age 100, of Hill Street passed away on Thursday, July 3, 2014  at the Wellsville Manor Care Center. He was born in Wellsville on February 15, 1914 to Ernest and Susie Deschler Nydegger. On June 24, 1940 in Wellsville he married Virginia A. Ennis who predeceased him on February 16, 2002.  John was a lifelong resident of Wellsville who graduated from Wellsville High School in 1932. He entered the US Navy in 1942 and served throughout World War II and was honorably discharged in 1946. After the war John went to work for the former Scoville Brown Whole Sale Grocery Company in Wellsville. He was the store’s treasurer and worked for them for 22 years. He then went to work for the Former First Trust Union Bank in Wellsville from where he retired from in 1979 after 12 years of service. John was a lifelong member of the First Trinity Lutheran Church in Wellsville. He was a very active member of his church serving on the finance board, a member of the Men’s Club, Senior Citizens and sang in the men’s chorus and choir. John was a member and past treasurer of the Wellsville Rod and Gun Club and also sang in the Apollo Club.  Survivors include 2 sons, John E. Nydegger of Estes Park, Colorado and Richard (Darlene) Nydegger of Wellsville; 2 daughters, Suzanne Nydegger of Wellsville and Mary Kay (Tom) Schrider of Columbus, Ohio; 9 grandchildren and 10 great grand children; several nieces and nephews.  John was predeceased by his parents, his wife and a sister, Doris Lehman.  Friends are invited to attend a memorial service on Saturday, July 5, 2014, at 11 am in the First Trinity Lutheran Church of Wellsville with Pastor Robert Morris presiding. Memorials in John’s name may be given to the First Trinity Lutheran Church of Wellsville. 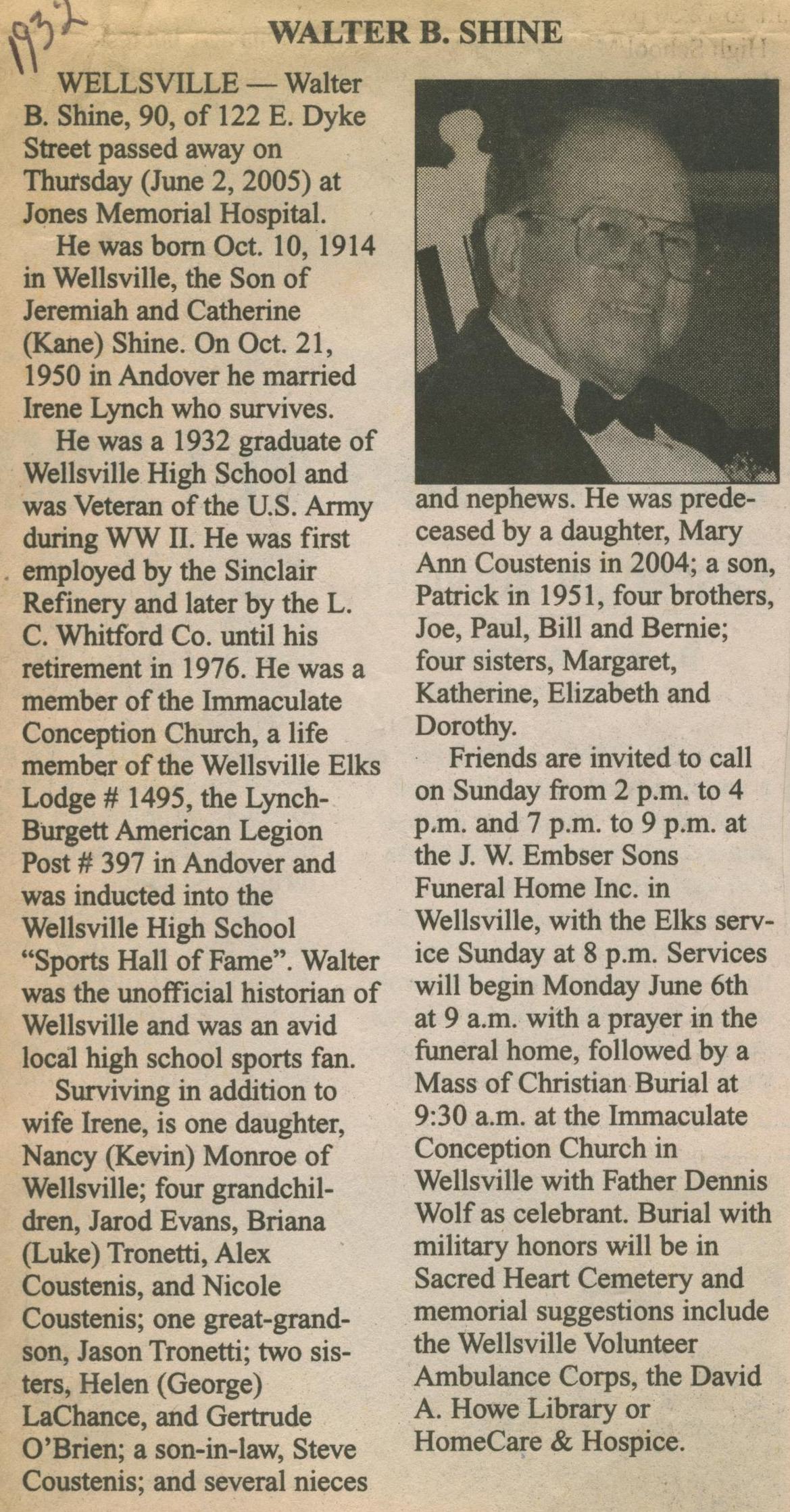 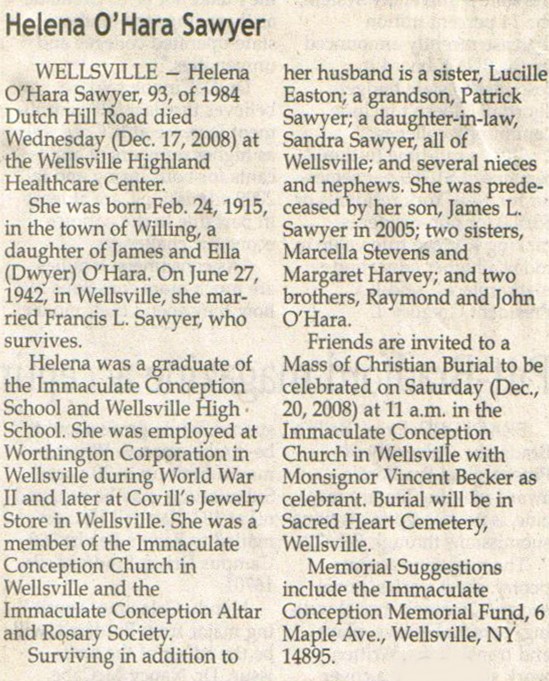 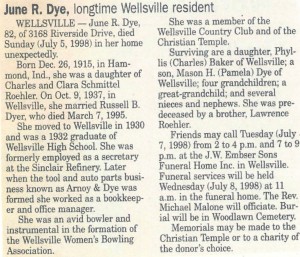 Marjorie Marie Steenwerth-Hanneman, 97, a resident of Annapolis Junction for 56 years and previously of Wellsville, N.Y., died of natural causes Nov. 24, at her residence.  Marjorie was born Sept. 5, 1912, in Ward, N.Y. She received a B.S. in Education in 1937 from University of New York at Buffalo, and Masters in Education in the 1940s from Alfred University.  She began teaching in upstate New York in 1937, grades 1 through 8, in a one-room school house. She also taught in several Anne Arundel schools for over 25 years, retiring in 1980 from Pershing Hill Elementary after a total of 43 years of teaching.  Marjorie was awarded Lifetime Member in the Gifted and Talented Program for teaching in the State of Maryland, and Golden Sheaf for 50 years continuous membership in the National Grange.  She was a member of First Evangelical Lutheran Church for over 55 years, Treasurer of the Ladies Auxiliary for over 20 years, C.A.P. Food Pantry Rep. for First Evangelical Lutheran Church in the 1980s and 1990s–she started the food pantry at the church. She was also a volunteer for LMS in Annapolis for over ten years, managed the Ladies Auxiliary Bake Table for church bazaars for several years, and was a member of the Jessup Women’s club.
Marjorie enjoyed cooking and baking, arts and crafts, and dancing. She was a seamstress, an avid reader, and wildlife enthusiast (she faithfully watched and fed birds, squirrels, rabbits, deer). She was a serious Baltimore sports fan, and enjoyed spending time with all generations of her family.  She was preceded in death by her husband, William H. Hanneman, whom she married June 26, 1953 and who died Nov. 17, 1997; and her sister, Victoria Sheldon.  She is survived by son, Paul H. Hanneman and his wife Beth E. Hanneman of Stevensville; daughter, Vicki Lynn Wallace and her husband Kevin F. Wallace of Derby, England; five grandchildren, Melissa Brown, Amy Hanneman, Justin Hanneman, Gabriel Wallace and Dakota Wallace; six great-grandchildren; sister-in-law, Eva Hanneman of Sayre, Pa.  Interment will be in Maryland Veterans Cemetery Crownsville.  Memorial contributions may be made to First Evangelical Lutheran Church. 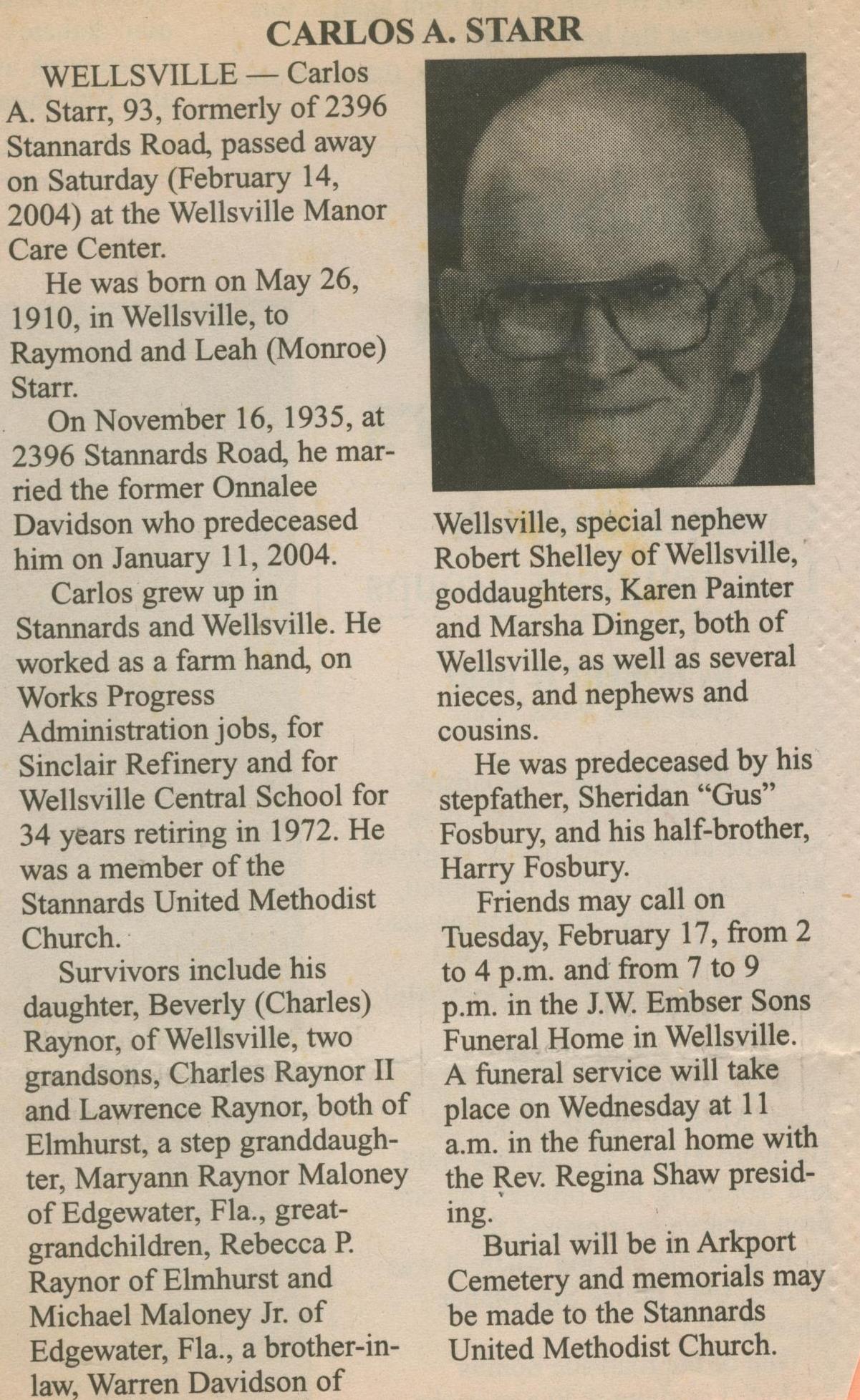 Iva E. Saunders, 89, of East Lake Road, Honeoye, formerly of Wellsville, died Sept. 21, 2002 at F. F. Thompson Continuing Care Center in Canandaigua. She was born the daughter of William and Esther Jacox Sadler on Aug. 18, 1913 in Alfred, N.Y. She was a retiree of the Wellsville Cable Company in Wellsville where she was a bookkeeper. She was predeceased by her husband of 64 year Arthur Saunders. She is survived by her children, Robert (Celeste) Saunders of Lima, William (Betty) Saunders of Wellsville, Joan (Terrance) Donahue of Henrietta, Linda (Robert) Rice of Bristol; several grandchildren and great grandchildren; sister Margaret Moynihan of Wellsville; several nieces and nephews. Friends called Tuesday at the Kevin W. Dougherty Funeral Home, Inc., 8796 Briggs St. in Honeoye where her funeral service was held following calling hours. Burial, Lakeview Cemetery in Honeoye. In lieu of flowers memorial contributions may be made to the Richmond Ambulance Fund, Honeoye NY 14471. 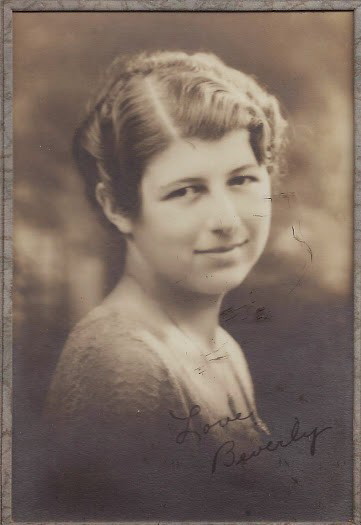 Rita Scanlan, Born in Port Allegany, PA on Aug. 27, 1915.  Departed on Mar. 17, 2010 and resided in Ambler, PA. Visitation: Tuesday, Mar. 23, 2010   09:00 am – 10:00 am.  Funeral Mass: Tuesday, Mar. 23, 2010
10:00 am Funeral Mass: Thursday, Mar. 25, 2010,  10:00 am Cemetery: St. Elizabeth Cemetery.  Anne Rita Ryan Scanlan, 94, a long time resident of Colegrove, McKean County, Pennsylvania, passed away
peacefully at her daughter Rosemary’s home in Ambler, PA on March 17, 2010. She was preceeded in death by her husband Nicholas William Scanlan.  Rita was born in Port Allegany, PA on August 27, 1915, the daughter of the late William Patrick and Bridgid Josephine Fitzstephens Ryan, the second of their three children. Her father was a professional baseball player, a catcher in the minor leagues, and a hotelier. He introduced her to many early baseball legends and entertainment stars of the era.  Her mother immigrated to the United States from Foxford, County Mayo, Ireland by ship as a child in 1900.  Rita was an exceptional student and in her years of elementary and secondary education in Olean and Wellsville, New York, respectively, skipped grades and, upon high school graduation, attained the highest scores ever recorded on the New York State Regents Exams. She graduated Magna Cum Laude from Villa Maria College in Erie, PA with a double major degree in French and mathematics.  While in college she met Nick Scanlan, also a student in Erie at Gannon College. He was an  accomplished amateur pugilist and aviator. They were married July 1, 1940 in Wellsville, NY. During WWII the young couple resided at various air bases across the U.S. where her now Army Air Corps Captain husband had been assigned as a flight instructor to new cadets. After the war they returned to the home in Colegrove where they raised their family. Nick operated the Smethport Garage Company , an automobile dealership, in Smethport, PA until his death in 1972.  Rita was a substitute teacher at the Smethport Area Jr.-Sr. High School often teaching French and Latin for 17 years until her retirement at age 78.
She enjoyed portrait sketching, her yard full of perennial flowers and shrubs, and the many cats and dogs she loved over the years.  She was politically astute and an obstinate life-long Democrat in a county overwhelmed with Republicans, including her husband. She was strong-willed and did not hesitate to voice her opinion.  Rita did a great deal of community outreach, helping the elderly and needy. She was proud of her Irish heritage and often exhibited her great wit and gift for gab. She was fortunate enough to make a pilgrimage to her parent’s homeland In her later years and even kiss the Blarney Stone. And as the luck of the Irish would have it, she passed away on St. Patrick’s Day. She was a member of St. Joseph Catholic Church in Ambler, PA, St. Elizabeths of Hungary in Smethport, PA, Catholic Daughters of America, McKean County Historical Society where she served as Vice President, and was  also a CCD Teacher at St. Elizabeth Church in Smethport, PA. She is survived by her seven children: Colleen Anne McClay (William) of Drexel Hill, PA; Michael James Scanlan (Margaret) of Golden, CO; Dennis Eugene Scanlan of Boise, Idaho; Marie Louise Anderson (Samuel) of Wallingford, PA; Brian Christopher Scanlan of Drexel Hill, PA; Rosemary Jacob (Neil) of Ambler, PA; Jane Rita Scanlan of
Melbourne, FL; nine grandchildren and fourteen great-grandchildren. She was pre-deceased by her brother William Stephen Ryan and her sister Mary Frances Cunningham. In lieu of flowers donations may be made in her name to St. Jude Children’s Research Hospital, P.O. Box 1000 Dept. 142, Memphis, TN 38148 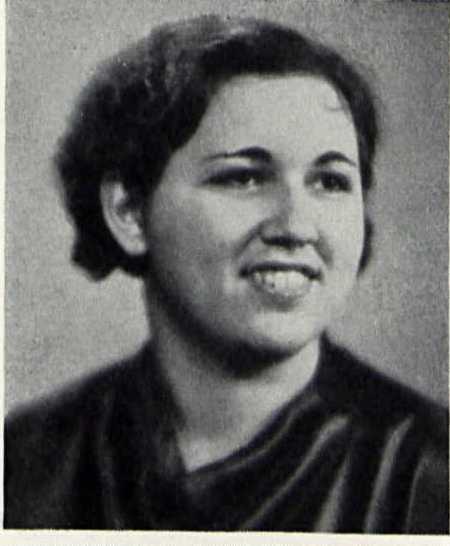 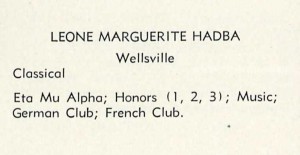 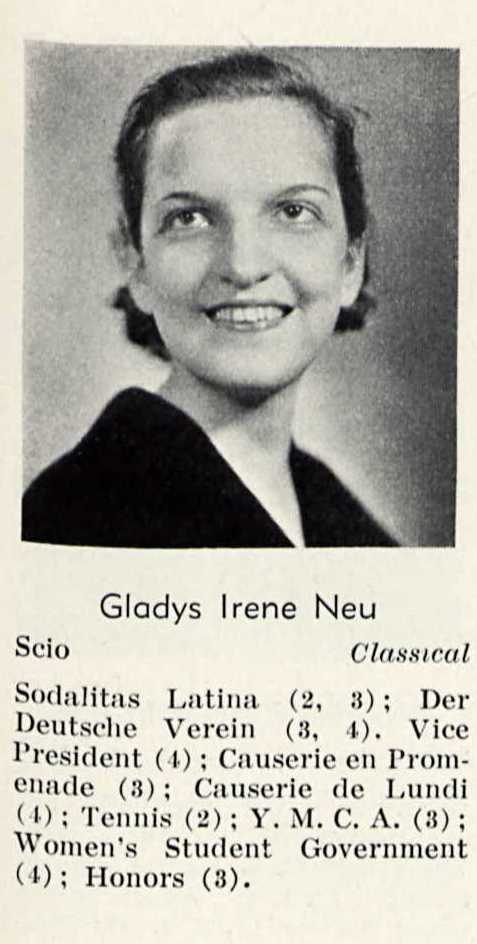 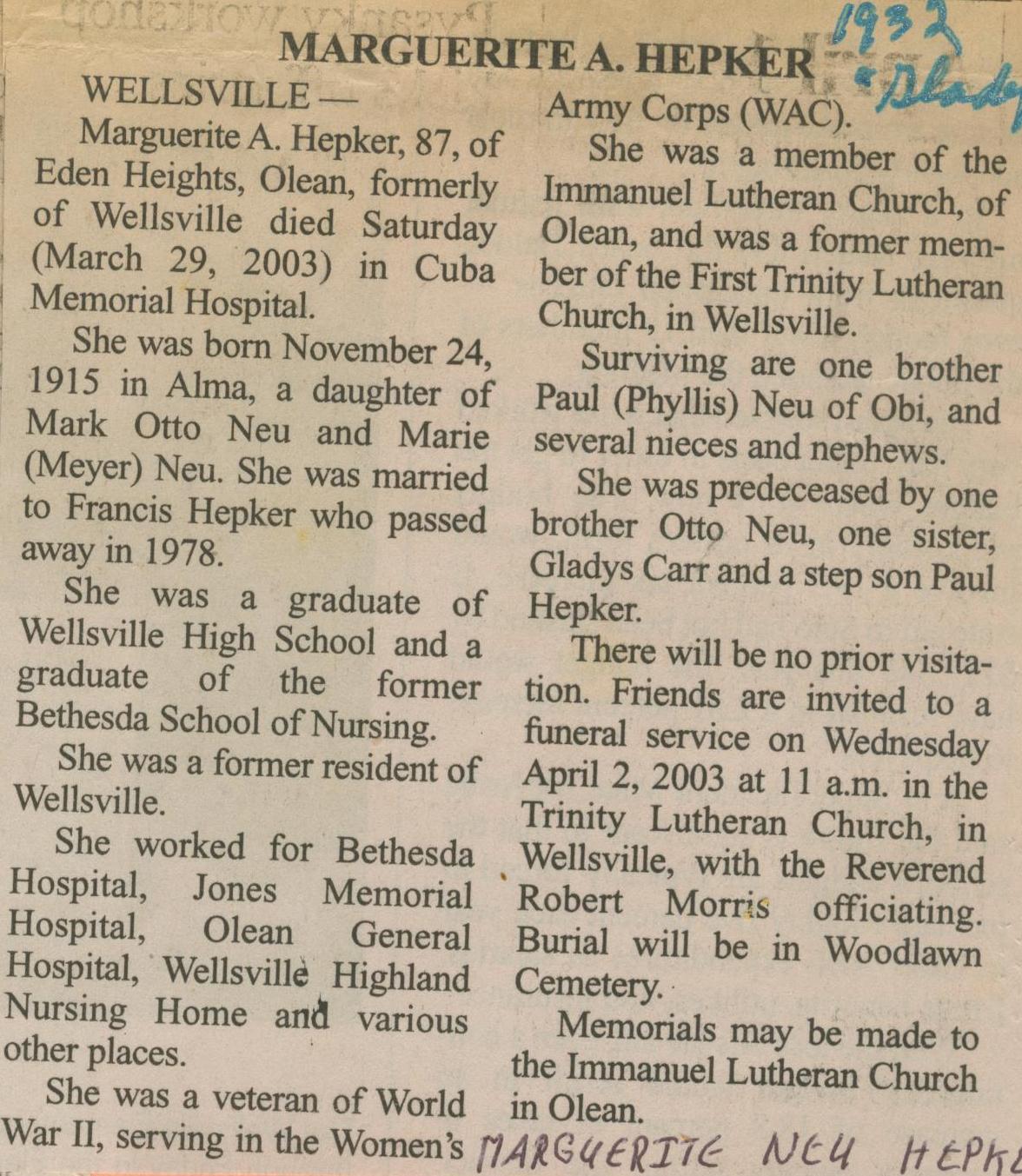