James M Burrous, 53, of Ocean Springs, Mississippi passed away on Saturday, April 29, 2017, surrounded by his family. He was born April 9, 1964 in Olean, NY. He was raised in Wellsville and was a 1982 graduate of Wellsville High School. He attended Walsh College in Canton, Ohio and graduated with a bachelor’s degree in 1986.   He pursued a career in sales and management at Burrous Furniture in Wellsville. He then moved to Fairport, NY in 2000 and joined the sales team at Hoselton Nissan. In 2004 he and his family relocated to Ocean Springs, Mississippi to pursue his career.    He is survived by a daughter Alexandra Lynn (Allan) Pearson of San Diego, California, a son Nicolas Mathew Burrous of Ocean Springs, Mississippi, a grandson, Carter Allan Pearson. His parents Richard and Concetta (Wood) Burrous of Sun City Center, FL, a brother Thomas (Trina) Burrous of Boston, MA, a sister Karen (Joseph) Cronin of Fairport, NY, three nieces Sarah Burrous, Katherine Cronin and Nicole Cronin, an aunt Nancy Quackenbush of Geneseo, NY, his girlfriend Rebecca Lynchard of Ocean Springs, Mississippi and several cousins, and close friends. He was predeceased by his wife Rhonda Burrous in 2007.  Friends are invited to call on Friday, May 5, 2017 from 2-4 and 7-9 pm at the J. W. Embser Sons Funeral Home Inc. in Wellsville. A Mass of Christian burial will be celebrated on Saturday, May 6th at 1:00 pm in the Immaculate Conception Church in Wellsville. Burial will be in Woodlawn Cemetery.  Please consider memorial donations to the Father Bill Brown Mission Club or the Immaculate Conception Church. A college fund has been set up for Nicolas, please send those donations % Joseph Cronin, 209 High Point Drive, Suite 100, Victor, NY 14564.

Butch graduated from Wellsville High School in 1982. He had been a resident of Mount Wolf, PA., and worked for Air Gas in Harrisburg, PA., until 2014.

Butch was predeceased by his parents Franklin and Nelda. 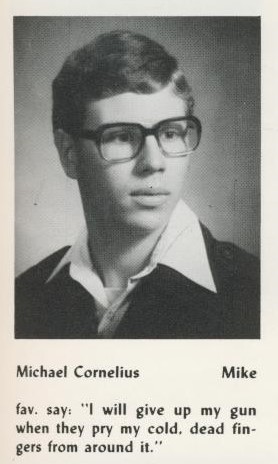 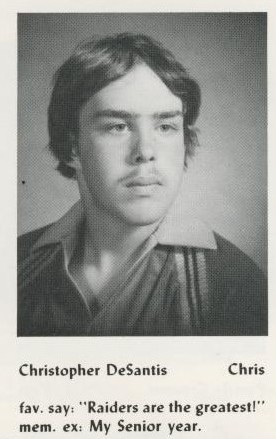 Born: May 04, 1964
Died: February 11, 2009  Passed away on Wednesday February 11th, age 44 followed a brief illness. Born in Hornell on May 4, 1964 to John and Janice Dixon DeSantis. Chris was employed in East Syracuse at Sywest Medical Technologies. He is survived by his wife Tracey; children Denton, Rebecca, Lacey, Kaitlin and Kristin; brother John DeSantis; father-in-law Ted (Audrey) Dickerson; foster mother Sandy Hunt; two nephews. Family and friends are invited to call on Saturday, 2-4 & 7-9 pm at
Colvin-Robertson-Norton Funeral Home, 5925 New Hartford Street, Wolcott. The funeral service for Chris will be held at 2 p.m. on Sunday at the Savannah Community Church, Seneca Street in Savannah. Interment will be at the convenience of his family. Memorials may be directed to the church, or to Lifetime Care, 1120 South Main Street, Newark, NY 14513. 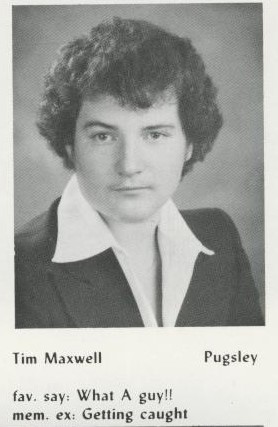 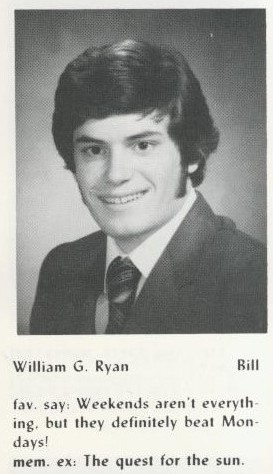 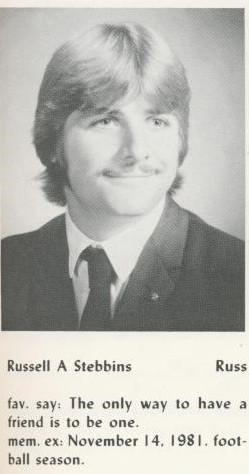 Laurie Ann Wesche Mickle, Wellsville, NY , 40, of 3202 Madison Hill, passed away on Sunday May 30, 2004 at Jones Memorial Hospital with family at her side. She was born October 23, 1963 in Wellsville, the daughter of Ernest and Eleanor (Sprague) Wesche. On November 21, 1981 in Wellsville she married James Mickle who survives. Laurie had been employed as a caregiver and was a manager of the former Lester Shoe Store in Wellsville. She later worked at Hamilton’s, Fisher’s Pharmacy and the Immaculate Conception Nursery School. She is a member of the Immaculate Conception Church, was an active volunteer for the Wellsville Chamber of Commerce as the Christmas Open House Fireworks Chairman and had served as the President of the Immaculate Conception Home School Association. She enjoyed swimming, bike riding and was a NASCAR fan. She loved helping people and being with her family and friends. Surviving in addition to her husband Jim, is a son George Mickle of Wellsville, her mother, Eleanor Wesche of Wellsville, 4 brothers, Thomas (Arlene) Wesche, Lanny (Cheryl) Wesche, William (Nichole) Wesche all of Wellsville and Denny (Tina) Wesche of Colorado Springs, CO. 1 sister, Donna (Wayne) Gloff of Castile, her mother-in-law, Patricia Mickle of Wellsville, Brother in law Mike (Jackie) Mickle of Wellsville as well as several nieces and nephews and great nieces and nephews. She was predeceased by her father, Ernest Wesche on July 28, 2003. The family would like to acknowledge their love and appreciation to friends and family who are invited to call on Thursday from 2:00 to 4:00 and 7:00 to 9:00 pm. and Friday from 10:00 to 10:30 am at the J. W. Embser Sons Funeral Home Inc. in Wellsville. A Mass of Christian Burial will be celebrated on Friday June 4th at 11:00 am in the Immaculate Conception Church in Wellsville, with Rev. Dennis Wolf as Celebrant. Interment will be in Woodlawn Cemetery in Wellsville. Laurie suggested memorials to the Immaculate Conception Church, the James P. Wilmot Cancer Center Box 704 P.O. Box 23029 Rochester, NY 14692-9804 or to the Thrivent Financial for Lutherans % Trinity Lutheran Church 470 N. Main Street Wellsville, NY 14895.

46, of 698 Trapping Brook Road died unexpectedly at home on Friday, July 3, 2009. He was born April 10, 1963 in Wellsville, the son of the late John P. and Sybil “Betty” (Burton) Wright. Tony was raised in Wellsville and was a 1982 graduate of Wellsville High School. After high school he worked construction in Virginia for three years. He later was employed by Mapes Industries and Butler-Larkin in Wellsville and High Tech Ceramics in Alfred Station. He loved the outdoors, was an avid connoisseur of antique collectables; various forms of art and enjoyed the history of Wellsville. He is survived by four brothers, Philip (Mary Jane) Wright of Rochester, Charles (Betsy) Wright of Baldwinsville, Paul Wright of Nyack and Stephen (Shawnee) Wright of Wellsville, two sisters, Sybil “Bonnie” Wright of Whittier, CA and Stacie (Kevin) Bacon of Wellsville as well as several nieces & nephews. Friends are invited to call on Thursday, July 9th from 1:00 to 2:00 pm at the J. W. Embser Sons Funeral Home Inc. in Wellsville. A memorial service will follow visitation at 2:00 pm with Rev. Ralph Eastlack presiding. Memorial suggestions include the David A. Howe Public Library, 155 N. Main Street, Wellsville, NY 14895.